The reason why our church exists is Jesus Christ.  He is God’s great gift to a world that has turned away from him.  His birth, life, death and resurrection give a clear sign that God has not given up on his world, but still loves us and wants us back.

Jesus invites every human being to turn back to God through him:

“Come to me, all you who are weary and burdened, and I will give you rest.  Take my yoke upon you and learn from me, for I am gentle and humble in heart, and you will find rest for your souls. For my yoke is easy and my burden is light.” (Matthew 11:28-30, NIV)

A Christian is someone who has accepted Jesus’ invitation to turn back to God through him.  Jesus’ promise of “rest for our souls” is given to every Christian.

The most important event in Jesus’ life is his death on the Cross, because it was in this way that he turned God’s anger away from those who trust in him.  He saved us from our sins, so that we could have the sure hope of eternal life.  At St Jude’s, the death of Christ is kept central to our worship as we regularly share together in the Lord’s Supper.

Jesus calls for us to “believe” the gospel (Mark 1:15), which also means to “trust” or to have “faith” in him.  The most famous verse in the Bible says it is through believing that we gain eternal life:

For God so loved the world that he gave his one and only Son, that whoever believes in him shall not perish but have eternal life.  (John 3:16, NIV)

Far from being a vague feeling, faith has a definite content.  Indeed, it was Jude himself who wrote of “the faith once for all delivered to the saints” (Jude 3).  The classic formulation of the faith is found in the doctrinal statement of the Anglican Church, known as the Thirty-Nine Articles.

God’s church is his people, the gathering of those who have turned to his Son Jesus Christ.  This means that in the truest sense, our church is the people of St Jude’s, not our building.  The Apostle Peter writes of Christian people as “living stones” being built into a spiritual house for God (1 Peter 2:5).

Still, we also have a beautiful and historic church building to gather in.  While the parish dates back to 1858, the current building was dedicated in 1865.  The parish’s history is entertainingly told in Ron Ringer’s Summoned by Bells, a carefully researched book produced for our 150th anniversary in 2015.

The obvious photogenic qualities of our site have led to it occasionally serving as a film location.  The 1997 film Oscar and Lucinda included a scene filmed in St Judes’ rectory.  In 2017, several episodes of the Channel 9 drama Love Child were filmed in our church, rectory, grounds and graveyard.

In another link with popular culture, Paul Kelly recorded a song Randwick Bells, about hearing our bell tower heralding a wedding early on a Saturday morning.

Our logo is a boat.  Most likely this originates from the ancient association of St Jude with images of boats.  However, a little boat, tossed on a stormy sea, was also seen as illustrating the situation of Christ’s church, ferrying the elect through the ravages of this world.  We take comfort that Jesus proved his power over the wind and waves when he calmed the storm on Lake Galilee, and by that same power he will guide us, his people, to the safe haven of God’s eternal kingdom.

The boat image used as our logo is a photo of the mosaic at the entrance to our church.  This in turn was modelled on a boat image found in a window of our sister church, St John Randwick, Gloucestershire. 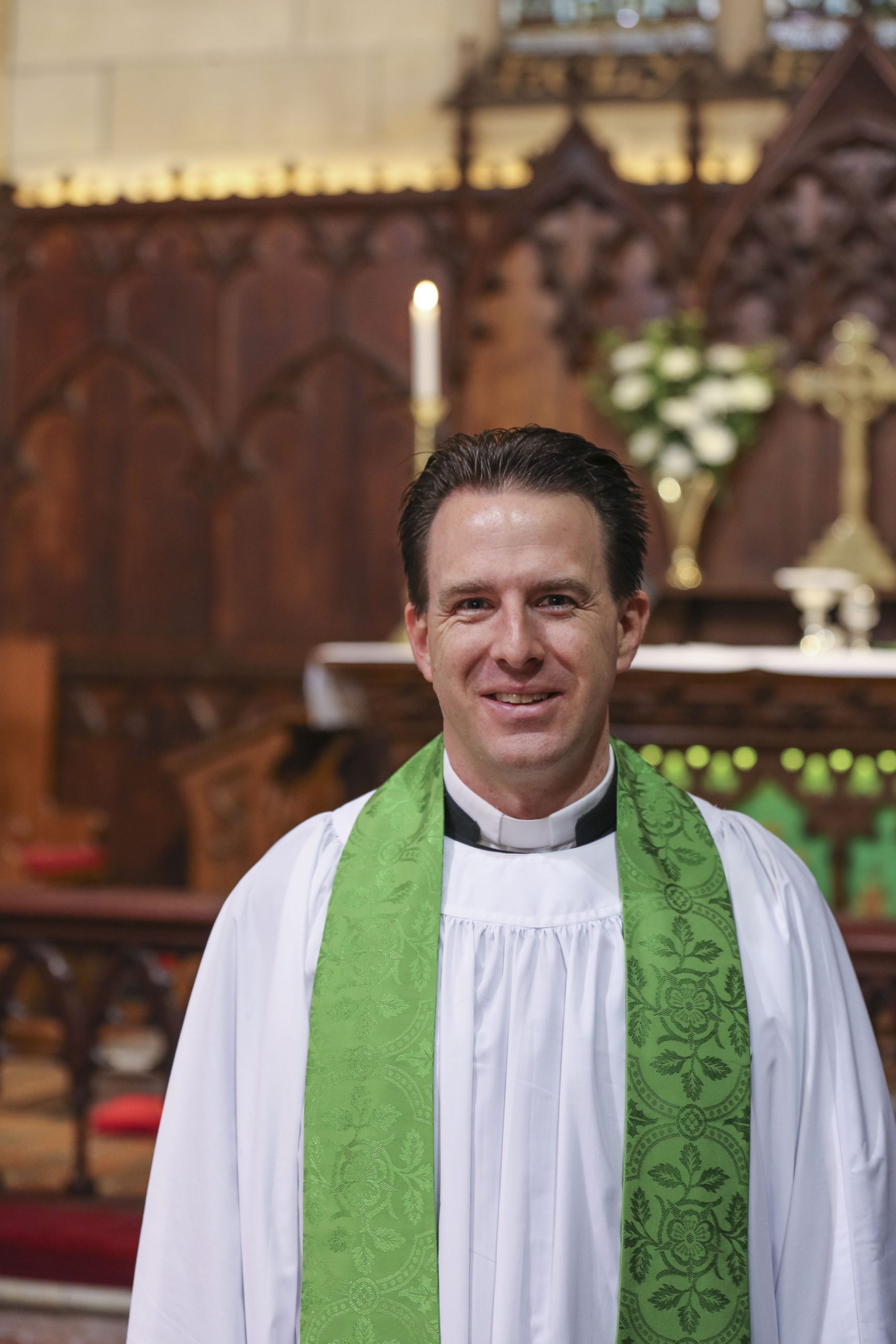 Even after following Jesus for most of my life, I still have a sense of surprise and wonder that God chose to take hold of me and make me his son and servant.  It is a privilege to lead God’s people at St Jude’s, and to reach out to the community with his love. I grew up in the suburbs of Sydney and worked as a lawyer for five years before training for Christian ministry at Moore College.  After eight years in the parish of Springwood, our family moved to Randwick in late 2016.  If the long stays of many

I was ordained in 1963 and served as Curate at Killara and Neutral Bay.  I was appointed Rector of Denham Court with Rossmore which managed five churches and seven centres. In 1976 I was appointed Rector of Holy Trinity Church Kingsford where I continued until 2003.  Continuing my faithful journey, I then officiated as Locum at St John’s Ashfield. Three years later I was welcomed at St Jude’s as Assistant Minister.  Besides my role in Sunday services, my ministry includes pastoral care to our regular parishioners and extends to follow-ups of those who are absent from regular Sunday worship.  Nursing home 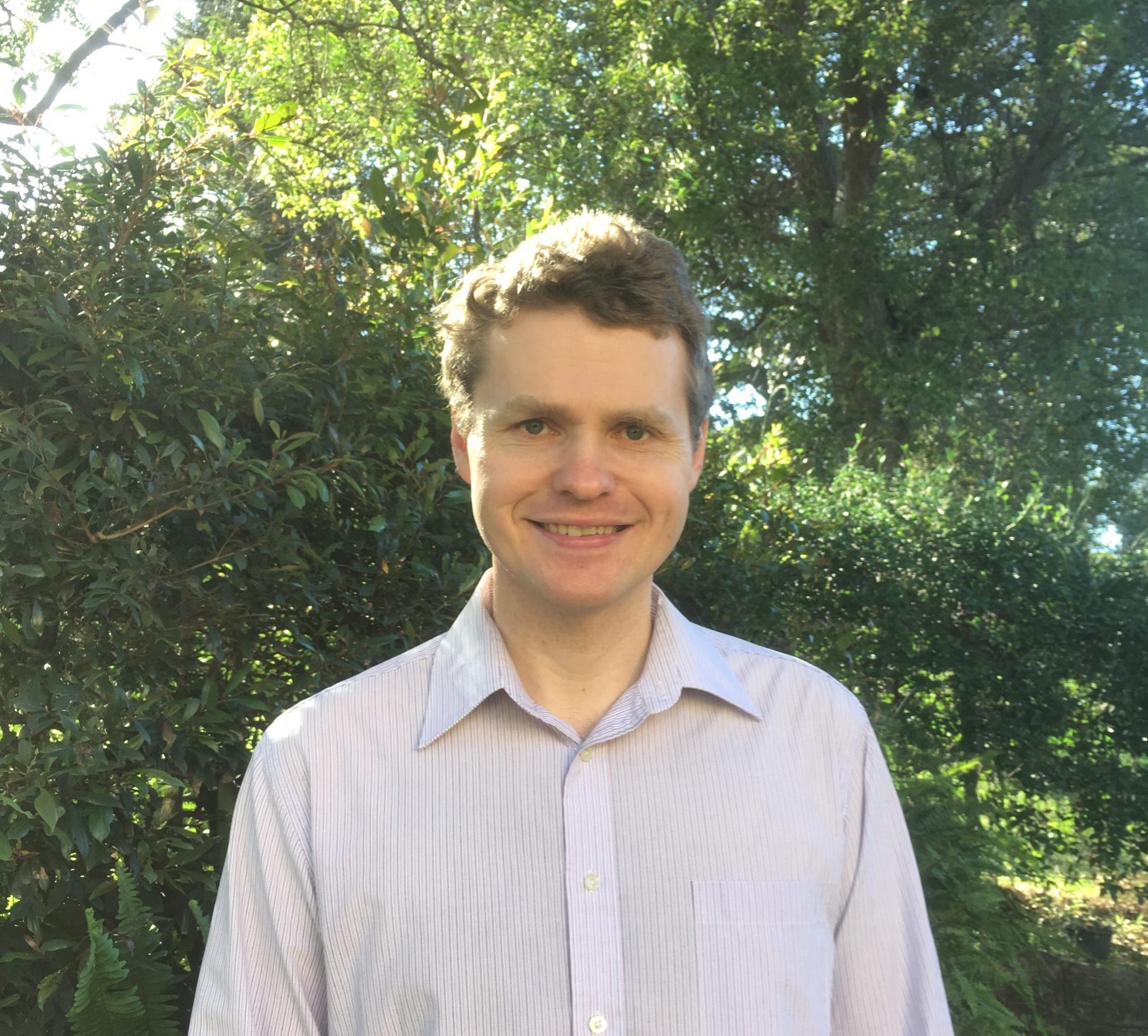 I grew up in the Blue Mountains and after studying History and Education at University, I did a Ministry Apprenticeship at St Barnabas Broadway. I then decided to pursue full time Christian ministry, and so I studied at Moore College from 2010-2013. Since then, I’ve been the assistant minister at Christ Church Mortdale and Emmaus Anglican Church in Montreal before joining St Jude’s in April 2020. My role here involves working with children, youth and young adults, and my hope and prayer is that God will use me in encouraging those groups in particular to strive for an ever-deepening relationship