The Holy Communion service finishes with a “sending out”, and it is a sending out with purpose. God’s people are sent out into the world to serve God in joyful obedience. In the concluding prayers we offer ourselves to God as a “living sacrifice”; we ask him to help us to do the good works […]

Psalm 27 Devotion – A song for when we are afraid By Kat Cowell Main passage: Psalm 27Extra passages: Psalm 121, Romans 8:18-30 A number of years ago an article came out about a woman in the United States who has a rare and strange condition. The woman, known only as SM, is a woman […]

In the last four of these weekly columns, I have been showing how the Holy Communion service teaches us the gospel of Christ. So far, we have seen how our service each week proclaims the basic facts of creation, sin, judgment and the atoning death of Christ. The fifth fact of the gospel, which we […]

This is my fourth column seeking to show the gospel shape of our communion service.  So far we’ve been through creation, sin and judgement.  When meeting people on the fringes of Christianity, I try to ask, “Based on your impressions, what is Christianity all about?”  I think of this question as a good test of […]

Psalm 32 devotion – A song for secret guilt By Kat Cowell Main Bible passage Psalm 32 Extra Passages: Psalm 103; 1 John 1:5-2:2 For most of my life I’ve tended to be a “rule-keeping” sort of person. I think this was in part because I have always had a tender conscience, a conscience that […]

For the last couple of weeks, I’ve been pointing out the key elements of the gospel through our Anglican communion service, following the pattern of the well-known gospel outline, Two Ways to Live.  The first point is that God is our Creator.  The second is that we have sinned against him.  The third point, which […] 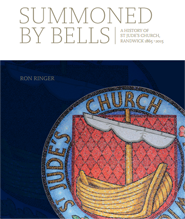